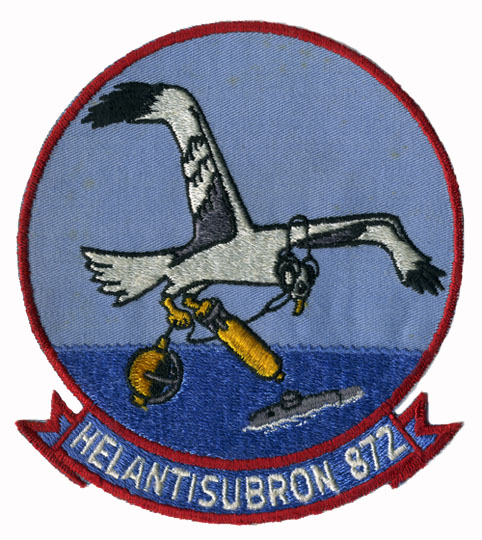 HS-872 was a reserve anti-submarine helicopter squadron that was stationed at NAS Oakland in 1958, which carried the Sikorsky HSS-1’s. Later HS-872 relocated to NAS Alameda in 1961 and  possibly deactivated doing NAS Alameda base closure in 1997

Helicopters have been a vital part our US Naval forces. With the introduction of helicopters the 101st Airborne division started deploying into battle mainly from helicopters as opposed to airplanes. This is the only helicopter patch that is a representation of HS-872 squadron.