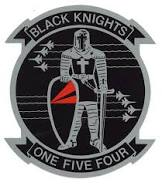 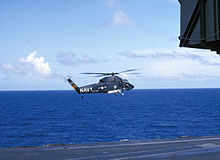 LCDR Lewis “Lew” W. Mitchell, USN (Ret.) who passed away December 6, 2017, very kindly made a substantial donation to the Naval Helicopter Association as a thank you  to “Naval helicopters” thru his estate. His Executor, Master Chief Bill “Red Dogg” Moss AFCM (AW/NAC) USN (Ret.) tells the following story about Lew, his naval career and his liking for naval helicopters”

“Lew DOB 5/6/32 and passed 12/6/17.  He died at the Travis AFB Hospital.  He went to college at University of Nevada Reno.  He was a 3rd generation San Franciscan and loved the City.  He was a member of the Ski Team at UNR.  After his retirement from the Navy in 72 he owned the Water Wheel Restaurant in Tahoe City California and after several years moved to Los Angeles where he opened the Orient Express and during that time he was named Restaurateur  of the Year by LA Magazine.  He lost it all during the Rodney King riots due to his location on Wilshire Blvd and never recovered.  He got his 100 Ton license and spent the rest of his life ferrying yachts up and down the West coast from Vancouver to Puerto Vallarta.  He had his own 36′ yacht which he kept at Vallejo Yacht club and transited to Mexico most winters. He lived in Vallejo for the remainder of his life.

He was ships company on the USS Shangra-La  CVS-38 and flew the ships COD.

The Helicopter story goes like this.  He was a fighter pilot thru and thru.  While he was in VF 154 on the Ranger, he had finished one of many missions over North VietNam  in 1966-67, but on this mission, ran out of gas searching for Migs before he got back to the boat.  Spent a couple hours reviewing his DWEST notes in his one man raft and was picked up by an H-2 that had been on a Mail Run into Danang.  They had been diverted to recover his ass.  Apparently there were a couple Chief Petty Officers on the Helo and once he got in and settled into the troop seat one of them offered him a bottle of Rum to wash the Salt Water out.  He never forgot that or the Helo crew.  He always said “that Helo added 45 years to his life.”  He also said that the only time he was really scared was when the Medics came and got him out of the Helo and put him in a stokes litter and carried him down 3 ladders to sick bay!!!  So now you got what I got.  He had alot of stories and I can tell you some but this pretty much covers it.

After recovering, he went to the Hawaii Sea Frontier and then came to NAF Naha Detachment Tango Tainan Taiwan in 1970 where he was my CO until 72.  While there, he was instumental in getting the Blue Angels to base out of Tainan for their WESTPAC tour 1971.  He was a Rocks and Shoals CO but everybody loved him.  He is the one that made me change my rate from ADR-ADJ and stay in the SAR Swimmer NEC……He was my mentor..“