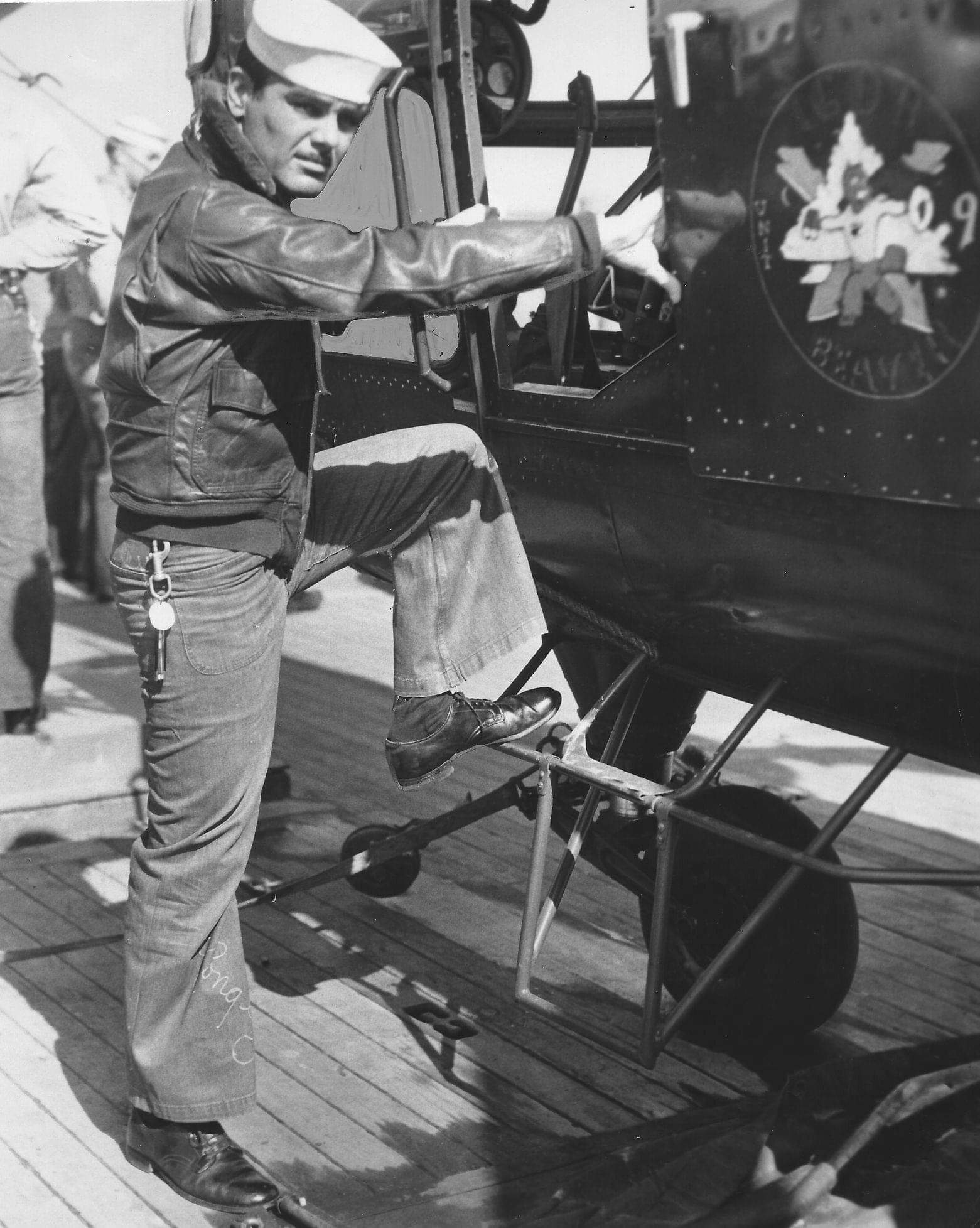 Helicopter pilot #750, AD1/AP William N. Longley, about to board his HO3S-1 “Igor Beaver” aboard USS Saint Paul (CA-73), on 6 June 1953. He was just over two weeks shy of his 18th birthday when he enlisted in the Navy on December 14, 1942 out of Jacksonville, FL. Enlisting as a Soundman (Sonar Tech), Longley was a plankowner on two different minesweepers during the WWII.

“Before retiring at the rank of Lt. Commander in 1972, Bill had a long and distinguished career as a military pilot with over 11,000 pilot hours. In 1962 he was awarded a commendation of the Streamlined Stork for having flown 27 different types of aircraft, including Fat Albert & Helicopters, between Pensacola and San Diego for a record 600,000 miles in 414 days without incident. It was the highest mileage ever recorded for that time. Bill served as a test pilot for the Naval Rework Facility at N.A.S[?] prior to his retirement. Bill received numerous medals including; (3) Good Conduct, American Theatre Area Ribbon, European African Middle East Ribbon, Air Medal, (2) WWII Victory Medal, Korean Service Medal & United Nations Medal.”