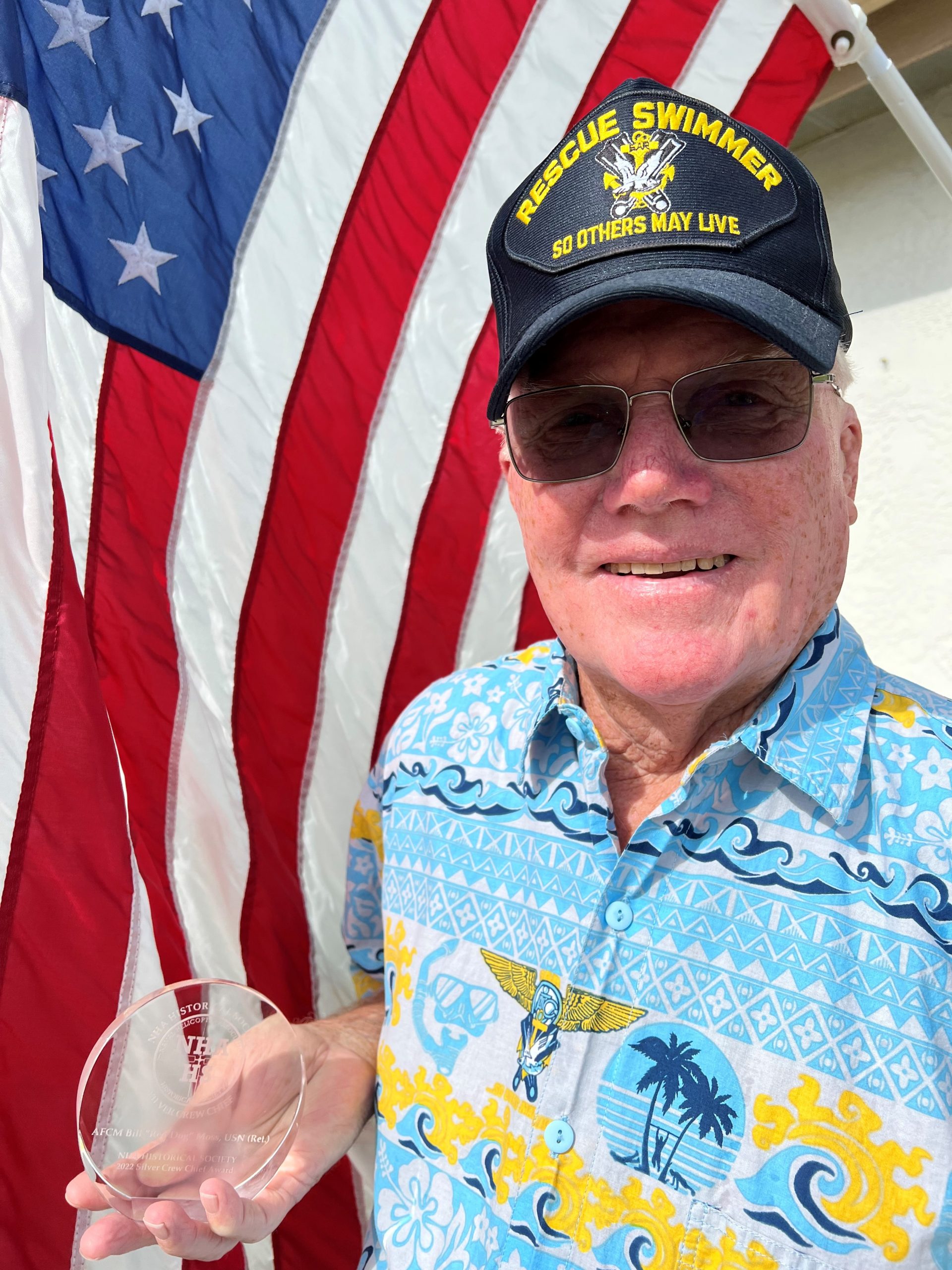 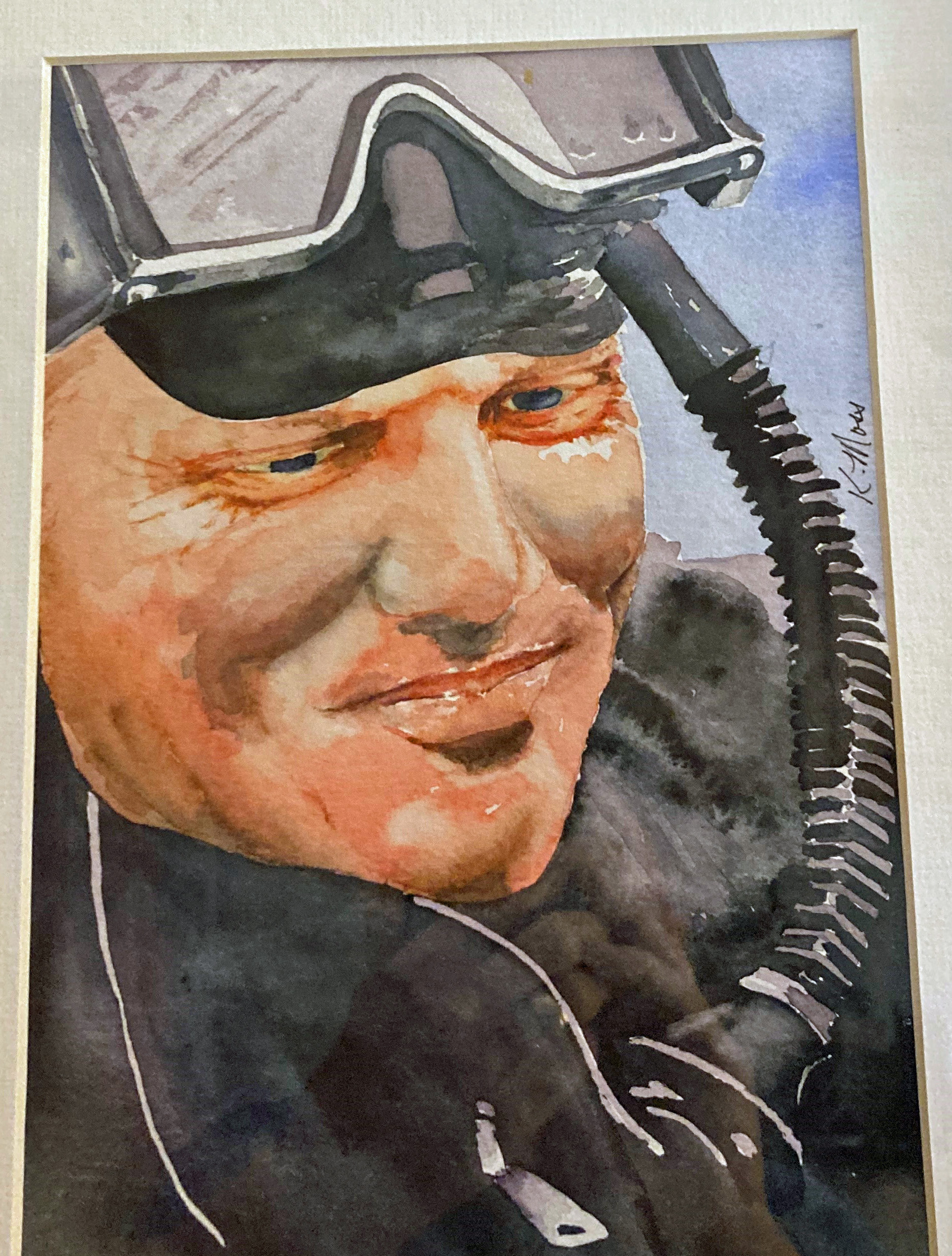 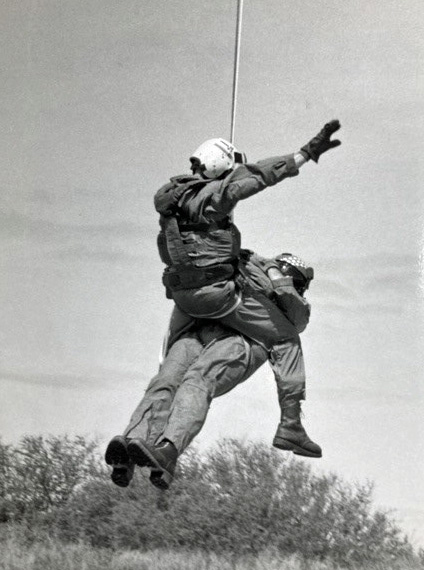 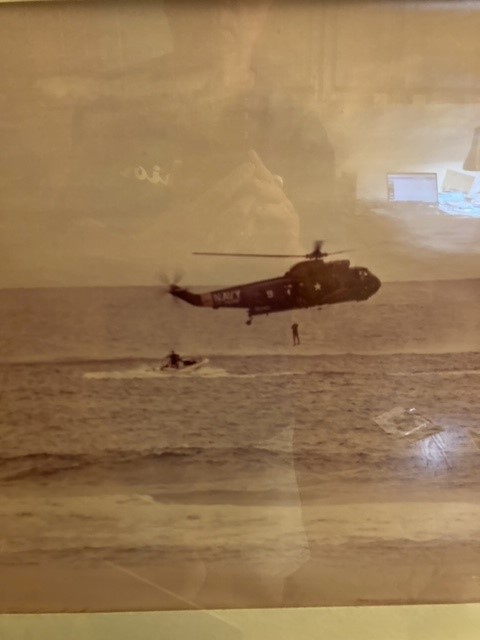 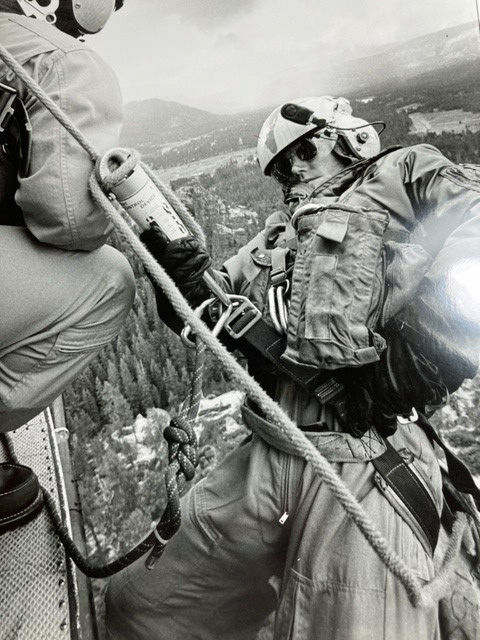 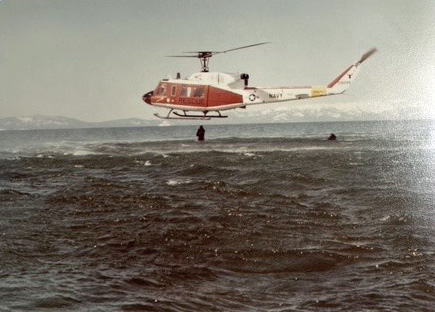 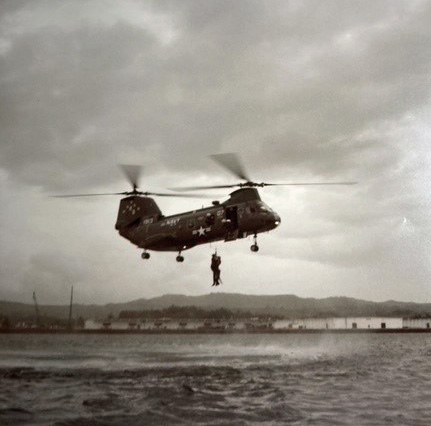 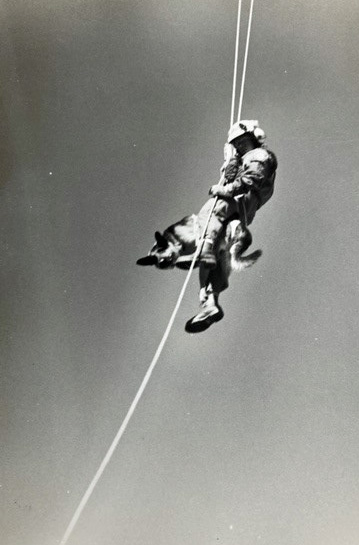 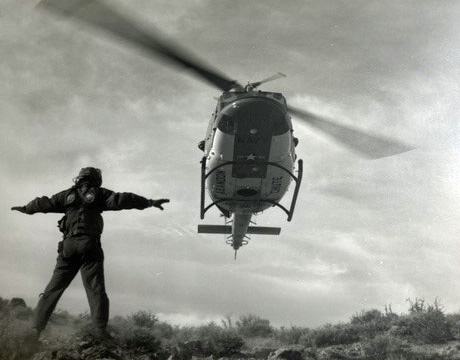 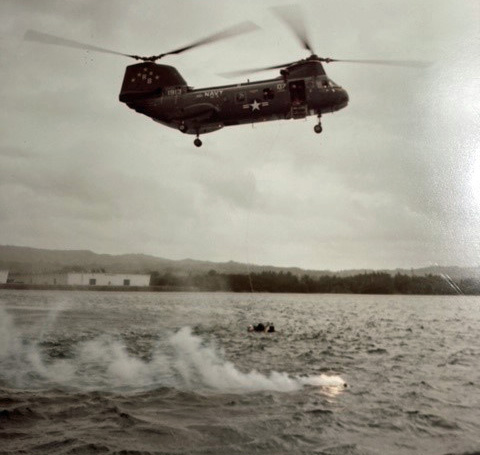 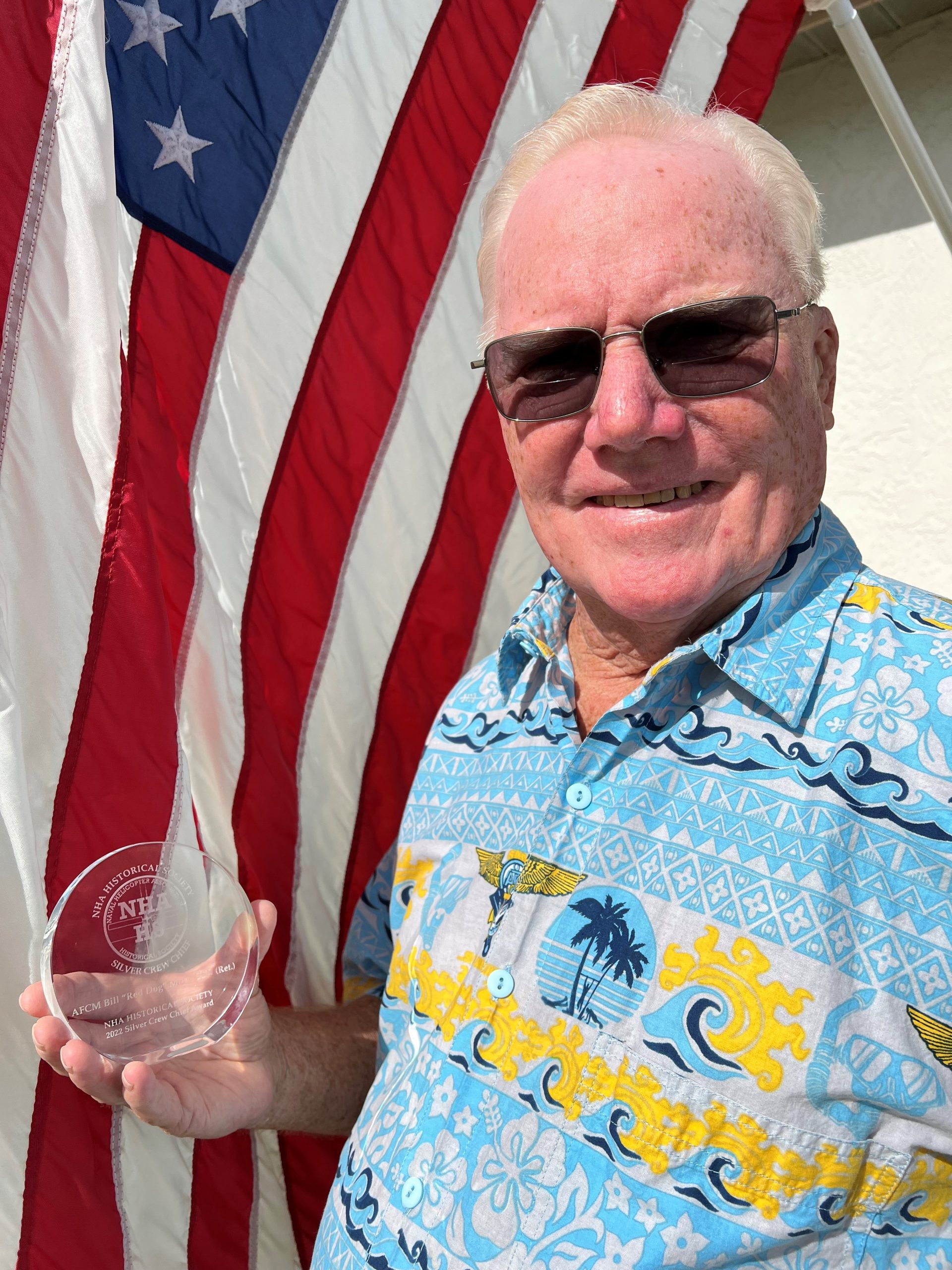 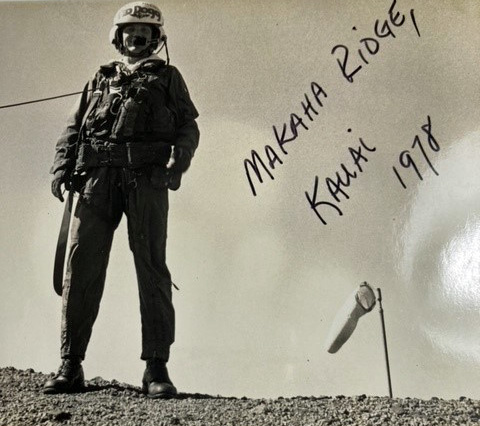 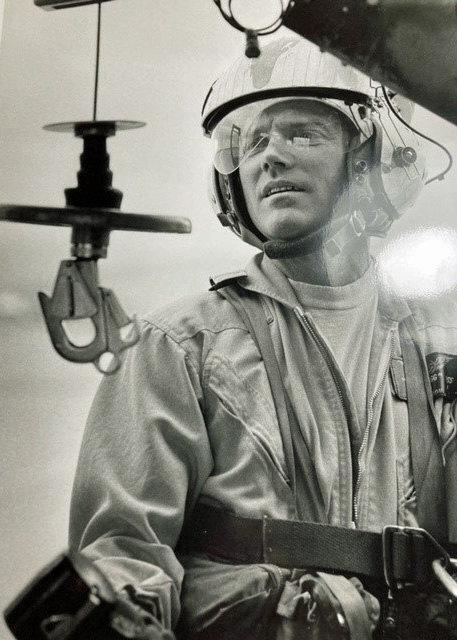 I began my Naval Aircrew Career at NAF Naha Okinawa flying as Plane Captain on the UC-45J and 2nd mech on the HU16C’s and D’s.  Went thru DWEST at the 33rd Air Rescue Squadron at Kadina Okinawa Jan 1965.  I flew logistic support and medivacs.  Advanced to ADR3.

1965 transferred to VP46 Moffett Field California and P3B’s.  Ground pounder working out of the Mech shop.  Did the Utapau, Thailand Detachment 1/67-7/67.

Received orders to HT8 Ellyson Field and upon arrival there went right into the SAR Swimmer training program.  (1967).  Received my SAR Swimmer designation and began doing the SAR Detachments on the USS Lexington CV16 in addition to the normal training flights.

After 18 months of a 60-month tour and being advanced to ADR2 I decided that 10-hour days and 6-day work weeks were not what I signed up for on Shore Duty, so I terminated and took a set of orders to NAF NAHA DET TANGO, Tainan, Taiwan. (1969).  It was during this tour that I was collaterally assigned to Air Asia Company Limited which was the Maintenance arm of Air America.  I flew the test flight program for COMFAIRWESTPAC on the Combat Battle Damaged UH1’s and OV10 aircraft. (1971-1972).  I did a 48-month tour at Tainan.

At the end of my tour at Tainan and having Passed Not Advanced (PNA) the ADR1 test 11 times I decided I needed to change my rate and requested ADJ B school enroute to my next duty station.  That request was honored, and I went to ADJ B school in Millington, Tenn.  32 ADR2’s started the class and 8 of us graduated!  I had received orders to VA122 the A7 RAG as a ground pounder.  Due to my ADR background, I was assigned to the Special Aircraft Division and worked on the T28’s and T39 they had for spotters and Radar Trainers.  Advanced to ADJ1 May of 1974 and was immediately assigned the Line/Troubleshooter Division as the leading PO.  Made numerous CQ detachments and was enjoying the “No Slack in Light Attack” attitude.

When my transfer date came, I called my detailer and requested orders to VA27 which was doing workups for WESTPAC.  He could not find me and asked if I was an 8215 NEC (SAR SWIMMER) I told him yessir and he transferred my call to the 8215 detailer and I received orders to PMRF BARKING SANDS, Kauai!  No FRAC, or any schools at all I was sent as a SAR Swimmer to 7 of the oldest H3’s in the Navy and was home grown as a Weapons Recovery crewman in addition to SAR Swimmer.  1977 was a good year for me as I was advanced to ADJC and received my first Air Medal for a rescue on the Napoli Coast on the North Shore of Kauai.

1978 I was told to do a slide show and that I was going to NHA to do it!  This would amount to my continuing association with the Naval Helicopter Assn.  I believe I have been a member since then and now I am Lifetime Member #30.

Upon my transfer from PMRF I had made ADCS and was going to Fallon Nv for Inland SAR and High-Altitude Rescue. (1980).  The highlights of that tour were numerous and challenging.  Besides being rappel qualified I also became Swift Water Qualified and got all my crewman the same training.  The NATOPS/Inland SAR Evaluator was ADC Gerald Balderston and during this period the 3710 SAR Manual was being written and no one at the SARMM office knew a thing about Rappelling or the nomenclature used by the Inland SAR community.  Balderston and I wrote Chapter 5 of the 3710 and after it went to press, we went to the SARMM and assisted them in the creation of Rappel school at HC16.  Got my 2nd Air Medal while at Fallon by doing a high-altitude rescue of an ice climber in a snowstorm.

Upon my transfer from Fallon, I received orders to NAS Agana Guam.  The detailer wanted to stash me there at the H1 shop until he could transfer me to HC5 when they stood up.  I was at NAS about 8 months and then went to North Island for H46 school and checked into HC5.  While at HC5 I was the SAR/Aircrew SCPO and made a deployment on the USS San Jose AFS7 with Det 4.  Upon return from that Det I was asked by the Skipper to “volunteer” for creation of Det 6 which was to be the SEAL Team delivery Detachment for a secret operation in the Straits of Hormoz.  We developed Fast Rope procedures and Night Vision Goggle utilization of which neither had been done by the Navy up until that time.  (1985-1986) Working with the various SEAL teams was a source of personal pride and an honor to be able to provide support for their mission.

I am convinced that Det 6 was instrumental in my advancement to AFCM.

Upon my receipt of orders back to PMRF I was happy to being going back to a mission that was diversified and fun to fly.  After my tour there I retired, and I believe I was the last Non-Tactical SAR SWIMMER in the NAVY.  I also had a chance to reflect back on my “Colorful” career.  3800 flight hours, 4 different Helo airframes, (H34, H3, H1, H46) and several hundred flight hours in fixed wings (UC45, HU16, C117, T28, T39, OV10).