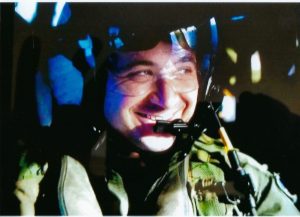 Jon enlisted in the Navy in June 2007 at the age of 20. Following his graduation of basic military training, Jon was sent to Rescue Swimmer School in Pensacola, Florida where he would undergo months of intense physical training. Following successful completion of Rescue Swimmer School, Jon was assigned to HELSEACOMBATRON THREE (HSC-3) Naval Air Station North Island, San Diego, California where he completed his fleet transition training and earned the official title of Naval Aircrewman/Rescue Swimmer. 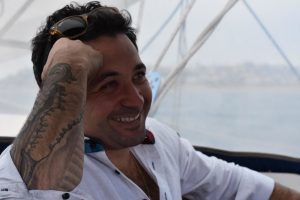 two 9-month deployments aboard the USS Abraham Lincoln (CVN-72) in support of Operation Enduring Freedom. Jon’s third deployment was aboard the USS Washington (CVN-73), where his squadron HSC-12 was highly instrumental in supporting humanitarian relief operations in the Philippine Islands, conducting around-the-clock search and rescue missions, delivering food and water to those who were hit hardest from Typhoon Haiyan. 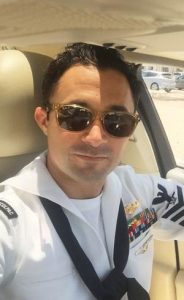 After three deployments, Jon was then assigned to shore duty where he served as a Seahawk Weapons and Tactics Instructor (SWTI) at the HSC Weapons School Pacific at Naval Air Station North Island from 2014-2017. After completion of his three years of shore duty at HSC Weapon School, Jon was then assigned to join the ranks of the elite aviators of HSC-85 “Firehawks”. This would be Jon’s final act of duty and service to his country. There, Jon demonstrated the professionalism and leadership to his fellow Firehawks in addition to himself serving as helicopter Door Gunner providing dedicated helicopter support to U.S. Special Operations Forces. 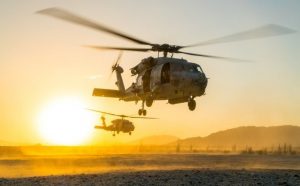 Jon was laid to rest with military Honors in his hometown of Vero Beach, Florida on August 18, 2018. Jon lived his life to the fullest and anyone who knew him well, knew that to be true of Jon.

AWS1 Jonathan Richard Clement will now join the ranks of our Air Warriors who have given the ultimate sacrifice. To quote one of America’s greatest story tellers of our time. “The Fear of death follows from the fear of life. A man who lives fully is prepared to die at any time.”   Mark Twain.