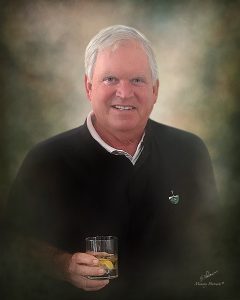 Born in 1948 in Philadelphia, PA, Tim was the son of the late George Timlin, Sr. and Edna (née Hunley) Conaway.

Tim was a retired Navy Captain who served his country for 30 years as a pilot. He enjoyed flying airplanes and helicopters, sailing, and golfing with friends. In his civilian life, he ran a sales organization in the packaging industry where he met many friends and colleagues. Upon retiring Tim spent his time volunteering and serving as the Executive Director of the American Helicopter Museum continuing his passion for aviation. Tim was a loving husband, proud father and devoted Pop to his 12 grandchildren, who he enjoyed spending time with every chance he got. Those who knew Tim, know that he always had a smile on his face and a drink in his hand.

In lieu of flowers, memorial contributions may be made to the American Helicopter Museum, 1220 American Blvd., West Chester, PA 19380, https://americanhelicopter.museum/donations/.