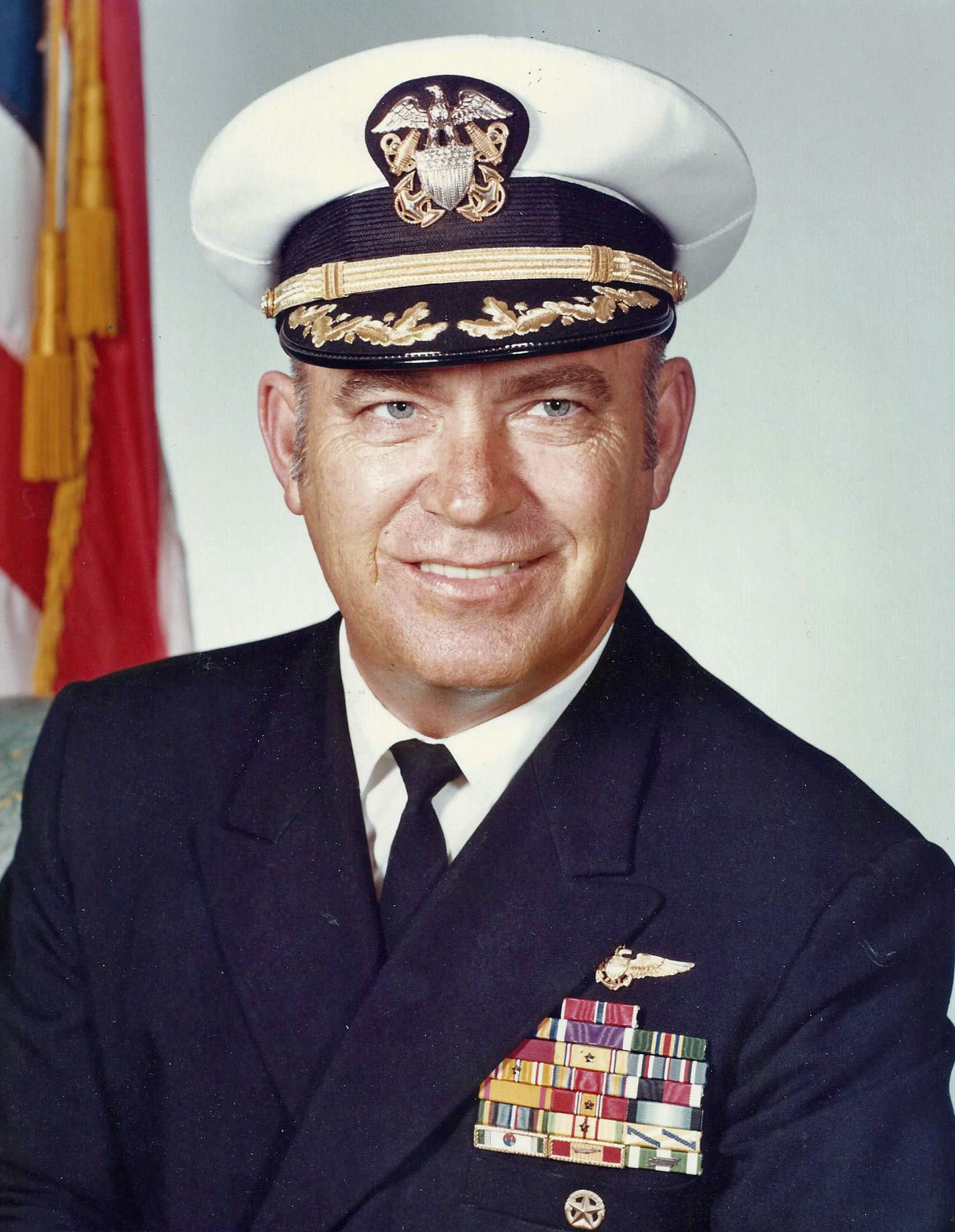 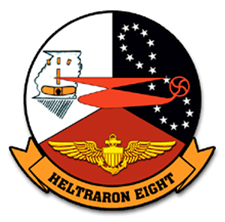 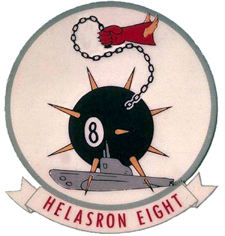 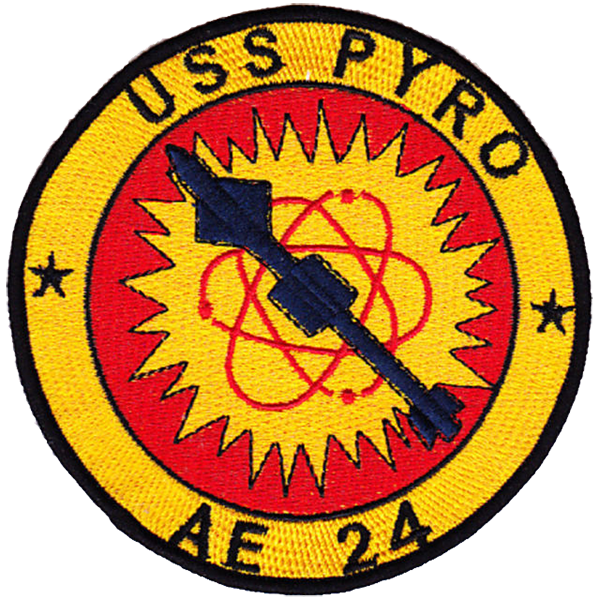 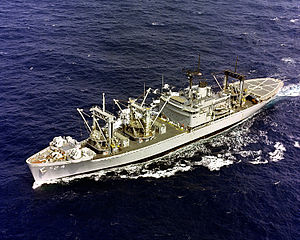 Captain Jack R. Evans was 17 years old when he joined the U.S. Navy in June 1941. He was assigned to the USS Tennessee BB43 out of boot camp. The day after reporting to the Tennessee, the ship departed for Pearl Harbor. Jack was assigned as a lookout and on December 7, 1941 he was in the Crows Nest as a lookout. He was wounded in the legs that day and was awarded the Purple Heart.

Jack knew that he wanted to fly and kept applying for the Aviation Unit. June 9, 1943 he was assigned to become and enlisted pilot. He received his pilots wings in January 1945 and was promoted to Ensign on January 24, 1945. Jack flew many aircraft during his 33 years in the service. He flew PBM’s and PBY.s and later Helicopters. CAPT Evans became CO of HS-8 at NAS Imperial Beach (Ream Field), California in March 1963.

During the Viet Nam war he was assigned as Commanding Officer of the USS Pyro(AE-24) from December 1969 till January 1971 and delivered ammo up and down the Mekong River.

Jack was sent to UCLA for 5 terms of college to achieve the academic equivalent of war time Naval Academy graduates. From there he went to General Line School at Newport, Rhode Island. He eventually pursued his education with a Bachelor’s Degree from the University of Maryland and his Masters in International Affairs at Georgetown University.

Jack spent two tours at the Pentagon which he requested.

Jack served as the Force Plans Officer for ComNavAir Pac prior to becoming Chief Staff Officer for Commander Fleet Air San Diego at NAS North Island. He then assumed Command of Fleet Air San Diego and following a name change to ASW Wings Pacific Fleet served as Commander until he was relieved by RADM James B. Stockdale (POW). Jack stayed on as ADM Stockdale Chief of Staff until Jack retired in October 1974 with 33 years of service. He then held a mobilization billet as a Convoy Commodore for the next eleven years, with a mobilization rank of one star.

During his active Navy Career, he flew more than 5,500 pilot hours in over 25 different types of Navy aircraft. He received 21 medals and awards including the Meritorious Service Medal, The Bronze Star, The Purple Heart and the Air Medal, plus several additional citations. He holds a specialty code as a Strategic Planner.

Internment will be 1030 Thursday April 4, 2019  at Fort Rosecrans National Cemetery, Point Loma,, San Diego, California. Friends and family are welcome. There will be a formal flyover by HSC-8 Helicopters in honor of CAPT Evans, a former Commanding Officer of HS-8/HSC-8. 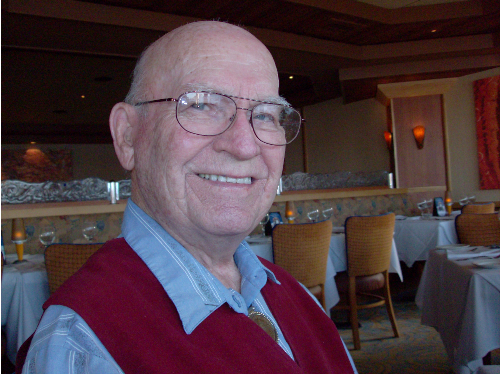