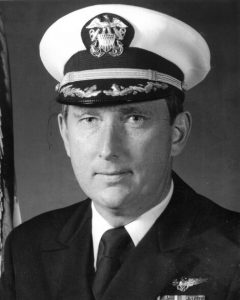 Martin was a Captain in the United States Navy and a Seawolf Helicopter Pilot. Later, he worked as a consultant for the Office of Naval Research.

He was preceded in death by his parents, Leonard and Jean Chamberlain.

In lieu of flowers, donations may be made to St. Paul’s Mission Catholic Church in Hague, VA.