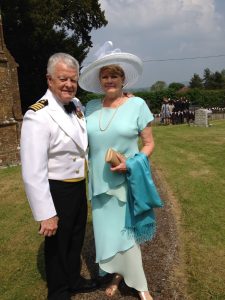 Captain William C. McCamy, United States Navy (Ret.), passed away January 28, 2022 in Orange Park, FL, at the age of 76. He was born in Wichita Falls, TX, to William C. and Kathleen (McDunn) McCamy, both of whom preceded him in death. He graduated from Marquette University, where he was a member of Alpha Kappa Psi, and received his master’s degree from Central Michigan University.

William entered Aviation Officer Candidate School on March 5, 1968 at NAS Pensacola, FL, and was designated a naval aviator on June 10,1969. In November 1969, he reported to Helicopter Attack (Light) Squadron 3 in the Republic of Vietnam as a gunship pilot. Returning to the United States, he operated off the decks of the USS Wasp, USS Intrepid and USS Independence in various Antisubmarine Squadrons.

In July 1976 , he accepted orders to the United Kingdom to participate in the Personnel Exchange Program and joined 703 Squadron in Portland, Dorset, England to transition to the WASP Helicopter. He was assigned to 829 Squadron and assumed duties as the Flight Commander of HMS Leander. While on exchange, he was awarded the Huntsman Trophy and the Herbert Lott Award as Best Student Aviator for 1976.

Returning to the United States, he entered the Naval War College and completed the course of study of the Command and Staff Curriculum. He graduated as the Outstanding Student and received the Navy League’s Sims Award in June 1980.

He was selected for Command of Helicopter Squadron 17 at NAS Jacksonville, FL, in April 1984. Completing his Command Tour, he reported to the USS America as navigator in February 1986 and in June 1988 reported as Executive Officer of USS Iwo Jima.

After a tour in Washington, D.C., he returned to NAS Jacksonville as Chief of Staff, Commander Naval Base Jacksonville. He retired from the United States Navy on July 1, 1997. His personal decorations include two distinguished Flying Crosses, 29 Strike/Flight Air Medals, two Navy Commendation Medals with Combat V and numerous action and campaign ribbons.

After retirement, he worked in the civilian sector as a consultant in Jacksonville. He was a member of Meninak for 20 years and served as President for one of those years. He remained on boards of numerous non-profits in Jacksonville after leaving the work force in 2005 and was most proud of being involved with the North Florida Council of Boy Scouts of America. He was an active member at St. Catherine of Siena Catholic Church, Orange Park and a board member of the Catholic Foundation.

He was a loving husband, father and grandfather who was dedicated to serving others and selflessly volunteered whenever there was a need.

In lieu of flowers, consider a donation to the American Cancer Society or to a charity of your choice.

Captain William C. McCamy will be interred at Arlington National Cemetery at a later date.

In lieu of flowers, consider a donation to the American Cancer Society or to a charity of your choice.

Captain William C. McCamy will be interred at Arlington National Cemetery at a later date.

To send flowers to the family or plant a tree in memory of Captain William, please visit our floral store. 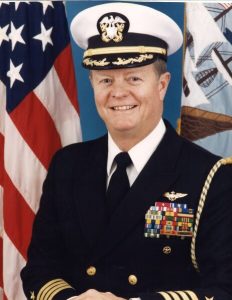 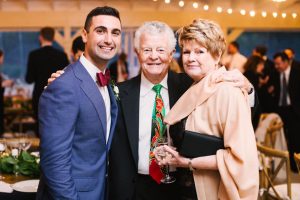 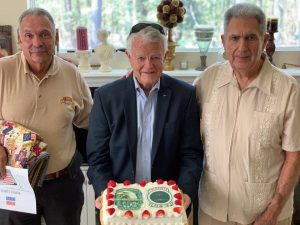 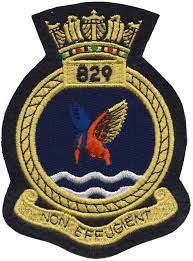