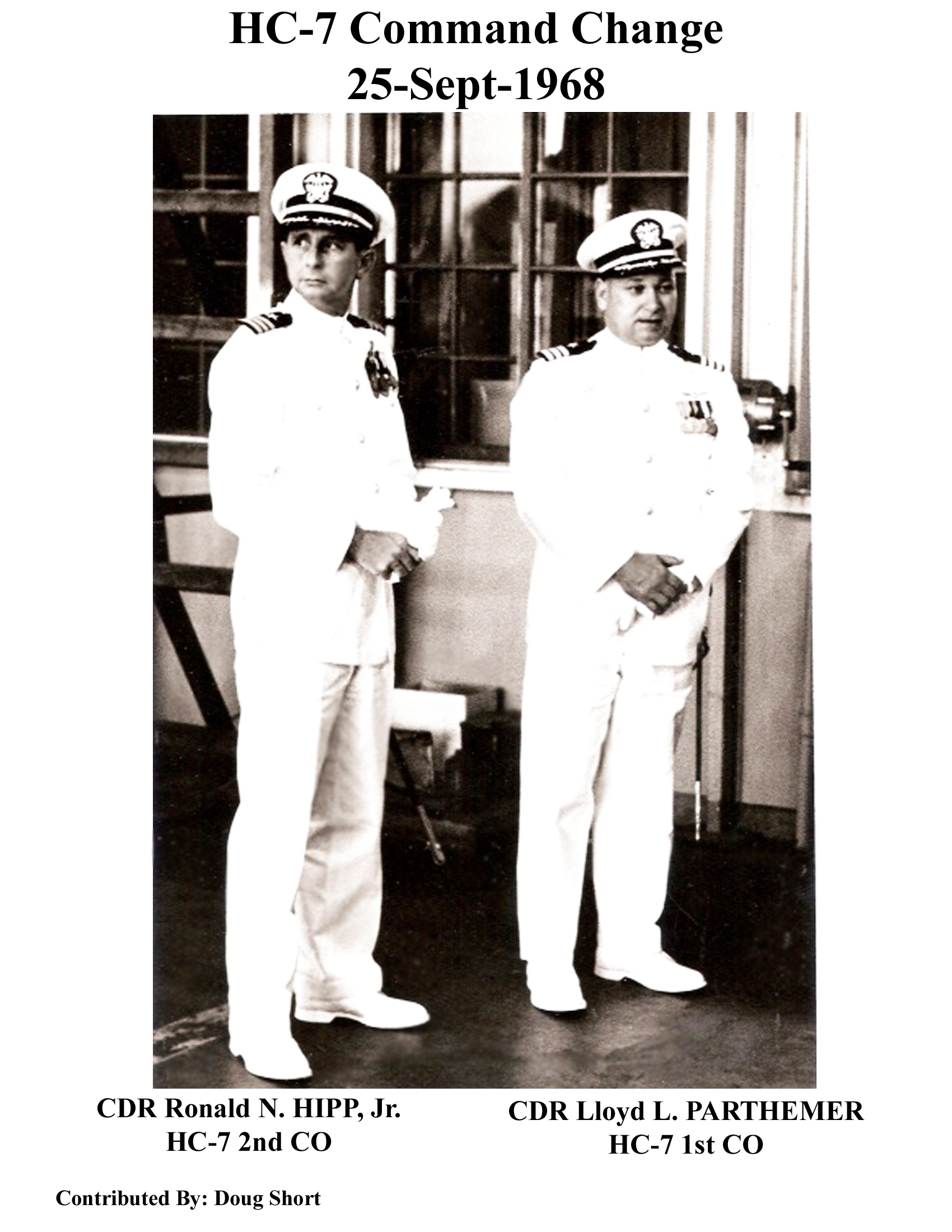 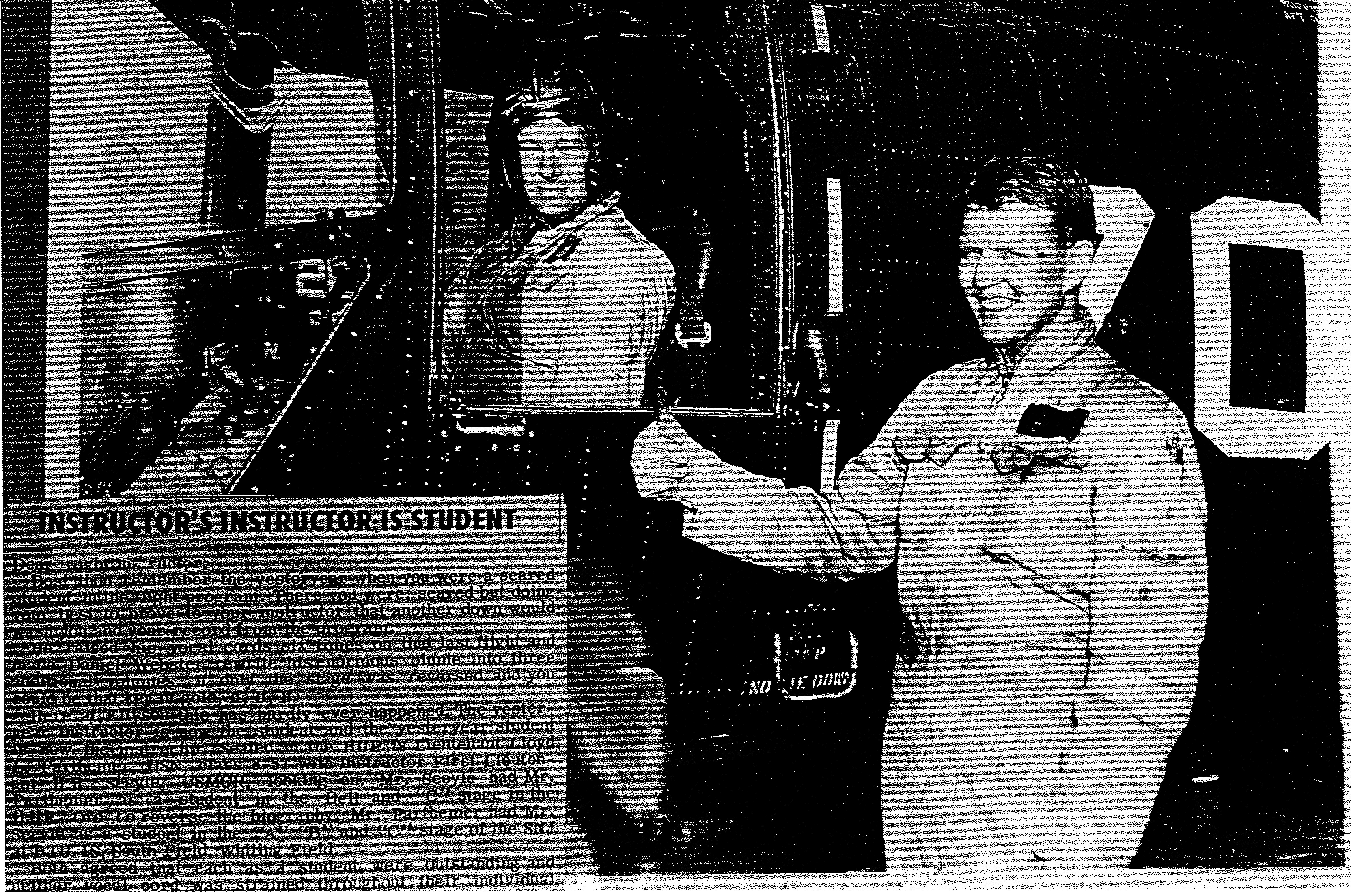 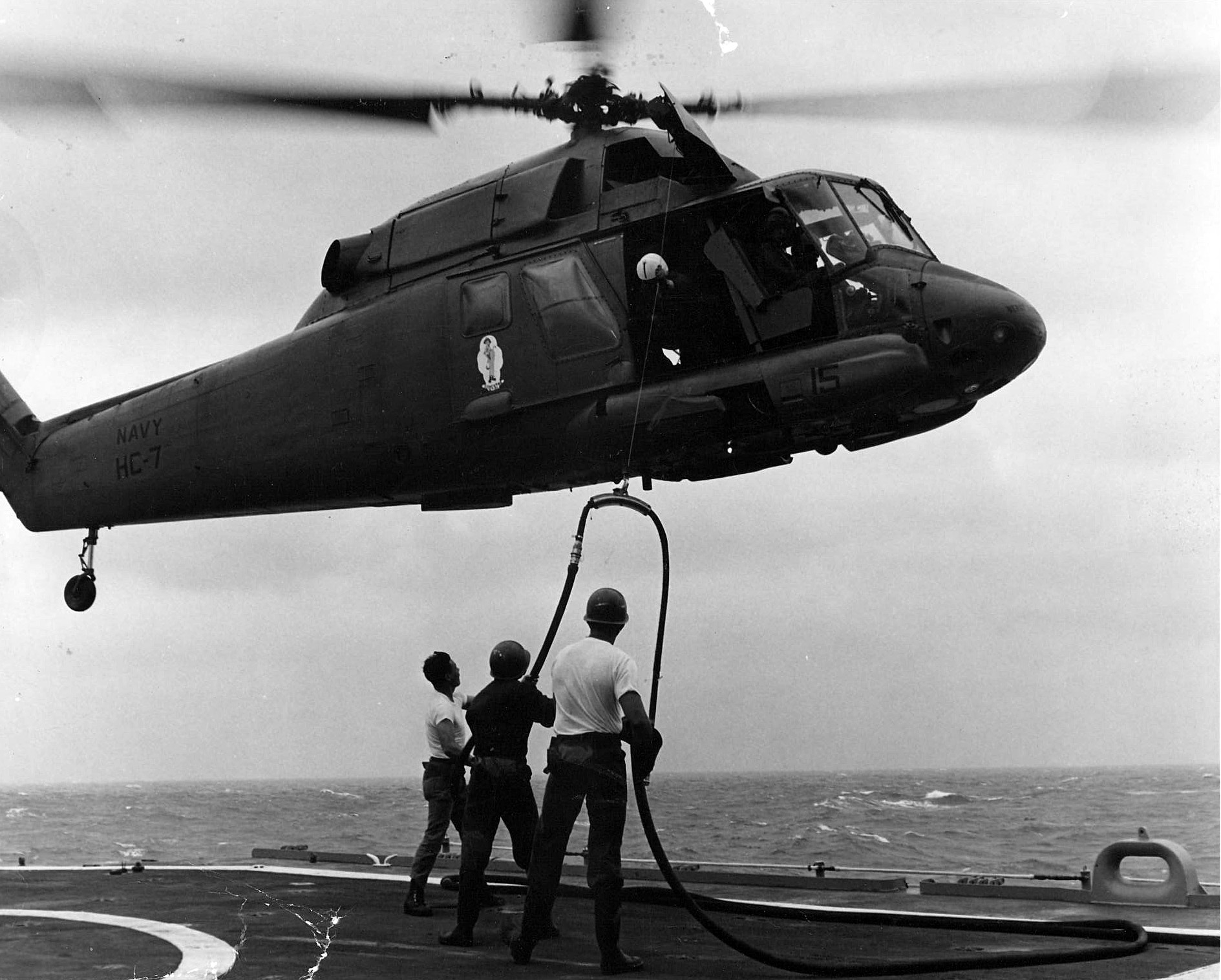 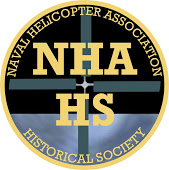 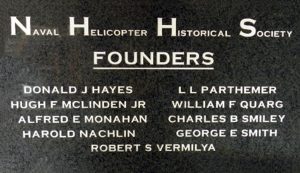 “Lloyd grew up a farm boy from Kansas who joined the Navy during WWII. He earned his aircrew wings in 1945 as an Aviation Ordinanceman in fixed-wing aircraft. One of his earliest exploits was flying as aircrew on patrol aircraft searching the Bermuda Triangle for the “Lost Squadron”. He earned his wings of gold in 1950 as a stiff-wing aviator flying a wide variety of aircraft from the SNJ, T-34, T-28, T-2 and T-33 to the F-2, F-9, FJ to the multi-engine C-45 and S-2. He transitioned to rotary-wing in 1957, again flying a wide variety of helicopters from the H-13, H-19, H-34 and HUP to the H-3, H-46 and AH-1.
Lloyd was an aviator’s aviator who earned both aircrew and pilot wings, tempering them in peacetime and combat during an extensive and exceptional career.”

Funeral Services for CDR Parthemer will be on Monday, February 12, 2018  at 1015 at Fort Rosecrans, Point Loma, San Diego, California. Final service guidance. Time change to 1015 versus 1030. See below:

CDR Lloyd Parthemer’s Funeral Services will be held at Fort Rosecrans on Monday 12 February. Attendees should be at Fort Rosecrans no later than 10:15 and have their cars lined-up to the right of the main office. At 10:20-25 the procession will drive across Catalina Boulevard to the other side of the cemetery to where the Ceremonial Gazebo is located. The ceremony will start promptly at 10:30, there will be a speaker/chaplain for 10 minutes and then the military honors will be performed. The service will end promptly at 11:00 am. No one is allowed to witness the internment. Attendees will need to leave the area immediately. Lunch will be a Lloyd’s home at 3929 Bonita View Dr., Bonita, CA 91902 at 11:30 until the food is gone.

The Ft Rosecrans Map is below

There will be a lunch following services at the Parthemer home at 3929 BonitaView Dr., Bonita, CA 91902. Family, service friends and friends are welcome.

The Parthemer family requests in lieu of flowers, please make a donation via check to the

Condolence cards, letters may be addressed to the Parthemer family at 3929 Bonita View Dr., Bonita, CA 91902.

All donations to NHAHS are fully tax deductible. 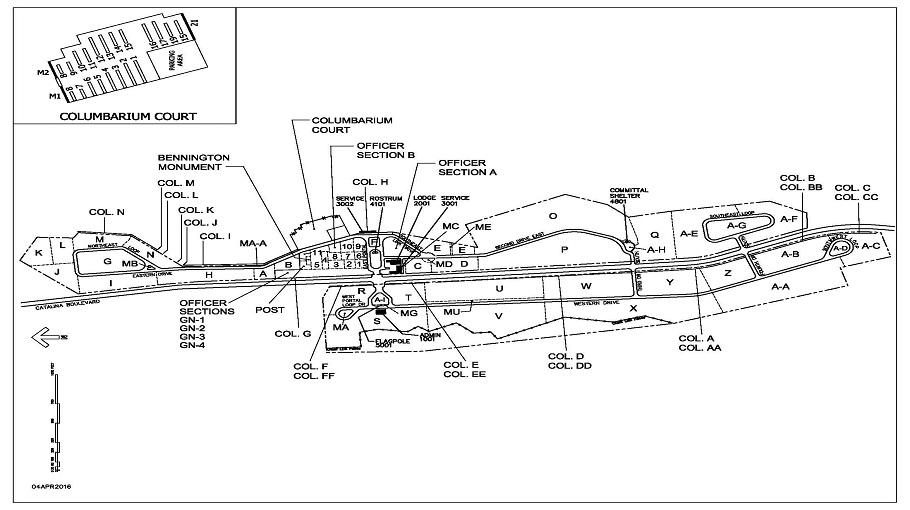 Responses received by NHA on the passing of CDR Parthemer

Thank you for sending – he was a huge asset to the organization and a wonderful person. Jennifer Mccollough

Lloyd and I go back all the way to HS-1 in Key West. I was a brand new pilot going through the RAG along with my running mate, Ens. Dick Stanger. Lloyd took Dick and I “under his wing” (big smile) and taught us the finer points of Navy Helo camaraderie. Then to make sure we got it right, he taught us again and again and again. That was just in Key West. Lloyd and Dick went to HS-9 and I went across the hangar at Quonset Pt. to HS-11.

While at Quonset Pt. for the next two years (1965-1967) Lloyd would give Dick and I O’Club tests with little notice. Dick and I bailed out of HS in lieu for more action as Seawolf plank owners. While in San Diego for survival and weapons training, we had the pleasure of renewing friendships with Lloyd and Ann.

Early in my Seawolf experience, actually the first day at Det. 4, I was almost electrocuted while helping other det. pilots put up an FM antenna at our hooch. The antenna fell against a 14,000VAC power line. I spent about 5 months at USNH Yokosuka. While awaiting a Tango number back to Vietnam (it never came from HA(L)-3), I attended the HC-7 commissioning ceremony at NAS Atsugi with my dear friend Lloyd taking command. Thankfully Lloyd stepped in to get a Tango number back to Vietnam from his boss, COMFAIRWESTPAC.

Years later I ended up back in San Diego at HC-3. You got it – more training with Lloyd. It was always the greatest pleasure to renew my friendship with an incredible Naval officer, pilot, and patriot. May he rest in peace. Amen. +

I really wanted to pay my respects to a gallant warrior. My stent on USS America saw those courageous men in action!! I will honor Lloyd in my thoughts and prayers. P  RADM Phil Duffy USN-Ret

I was very sad to hear the news of Lloyd’s passing. He was such a big part of my experiences at every NHA and NHHS event, and I can’t imagine a symposium without seeing him photograph the event or amaze the younger generations with his incredible stories. I’m grateful that I have known him for the past 18 years since my first NHA. He was a great friend to my grandfather – their generation have made immeasurable contributions to Naval Aviation and they leave huge flight boots for the rest of us to fill.

I am on deployment with HSC-4 on WESTPAC and sorry to miss his services.  Thank you again for passing.

Any Signal Charlie is a sad thing, of course, for family and friends, and my heart goes out to all of them. But the loss of Lloyd is of particular import to the Navy Helicopter community, Navy historians, and many, many of us as individuals who are better for having known him. And many who have and will benefit who never knew him.One of a kind.  May he rest in peace.

I will miss Lloyd, he was a great shipmate.  R/Joe Peluso

Very sad to hear of Lloyd’s passing. I had great respect, admiration and affection for him. He was ALWAYS there for the Navy helo community. There would not even be an NHA Historical Society without Lloyd.   CAPT Mike Reber USN-Ret

I offer my deepest sympathy for the pain you, David, Allyson, Sam and all family and friends
feel. He is a great Family and Navy man and will be missed, but never forgotten.

If there is anything at all I can do for you all, please don’t hesitate to ask. 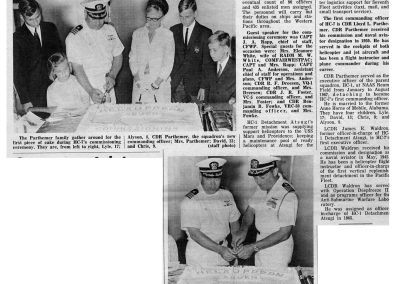 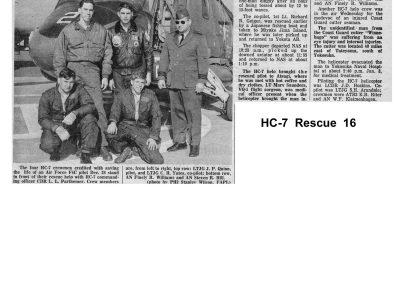 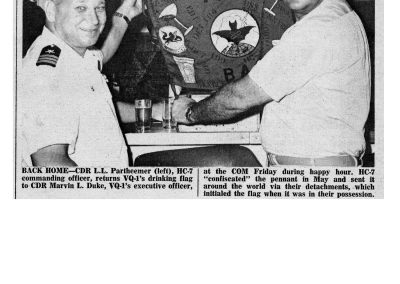