1990 – HH-60J Jayhawk Helicopter Enters Coast Guard Service:
The HH-60J Jayhawk is a medium-range recovery helicopter built by Sikorsky Aircraft Corporation. It is used to perform search and rescue, law enforcement, military readiness, and marine environmental protection missions.
Implementation of the HH-60J began in March of 1990 with the delivery of the first airframe to NAS Pawtuxet River, Maryland for developmental testing. ATC Mobile, Alabama was the first Coast Guard unit to fly the aircraft as instructor pilots prepared for pilot training in March 1991. Coast Guard Air Station Elizabeth City was the first operational unit with the Jayhawk.
The United States Coast Guard purchased 42 HH-60Js. They replaced the Sikorsky HH-3F Pelican helicopters that the Coast Guard had used for over 20 years. The HH-60J is similar to the HH-3F in many ways, and the assigned missions are the same. However, the HH-60J has numerous upgrades including a state of the art electronics package. The HH-60J is lighter, faster and the engines have more power. The HH-60J requires considerably less maintenance than the HH-3F. The de-icing system on the aircraft’s rotor blades is a plus. The Jayhawk’s drawback is the lack of space due to a cabin that is one-third the size of the HH-3F. Additionally, it does not have the water landing capability that the HH-3F had.

The following are photos of the MH-60J Jayhawk helicopter: 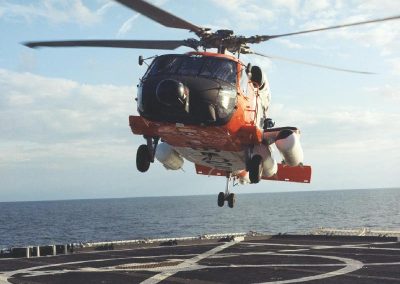 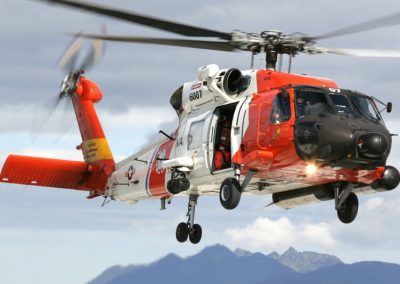 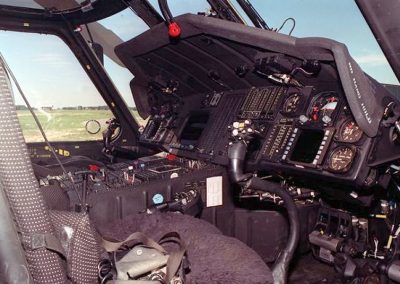 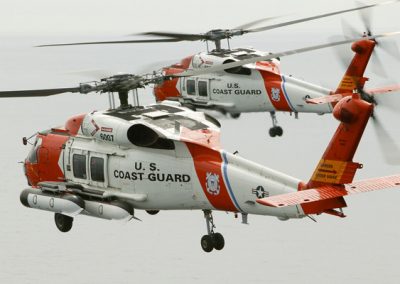 Photos were provided by the Coast Guard Aviation Association