The second Phantom from the 523rd to go down on the 30th was damaged by a MiG during a combat air patrol about three hours later. Capt Brooks flew out to sea before he and his WSO ejected 35 miles east of Thanh Hoa and were rescued by a Navy HH-3A SAR helicopter. (5) 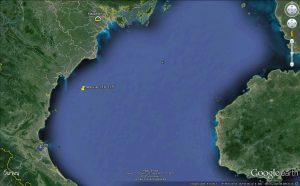