Due to engine failure, the Crusader crashed on the NAS Fallon gunnery range Nevada. (5) 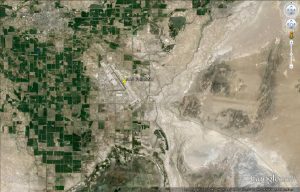 As far as a #143 goes, you already know it was the last HC-7 rescue. We were on a detachment providing CSAR training support for airwing weapons training at Fallon, Nevada. It also was to provide training for HC-1. The F-8 was coming off a weapons run when the pilot experienced an engine failure. We were pre-positioned on the NAS side of the mountain and heard the pilot radio his difficulties. He said he was going to eject, and shortly after we begin looking for him we spotted the chute. We actually saw him land on the ground. The area in which the pilot landed was very hilly and rocky, so we decided to make the recovery with the hoist. We made our approach and deployed the aircrewman. After he hooked the pilot up, we retrieved them both and returned to base. The pilot was uninjured.

I hope this is helpful.