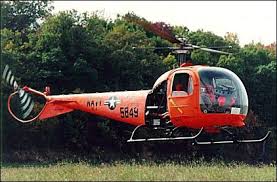 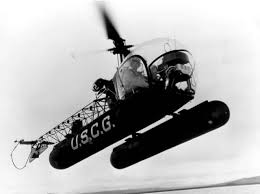 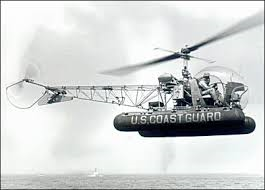 The Bell H-13 Sioux was a single-engine single-rotor light helicopter built by Bell Helicopter. Westland Aircraft manufactured the Sioux under license for the British military as the Sioux AH.1 and HT.2.

This section needs expansion with: Fill in some details on early development. You can help by adding to it. (March 2009)
Initially, the United States Navy procured several Bell 47s, designated HTL-1, between 1947 and 1958. The United States Coast Guard evaluated this model, and procured two HTL-1s for multi-mission support in the New York Harbor. The most common U.S. Navy version of the 47 was designated the HTL-4, and dispenses with the fabric covering on the tail boom. The U.S. Coast Guard procured three HTL-5s in 1952 (similar to the HTL-4 but powered by a Franklin O-335-5 engine) and used these until 1960.[3] The Coast Guard procured two of Bell’s Model 47G and designated them HUL-1G in 1959.[3]
The H-13 was used as an observation helicopter early in the Vietnam War, before being replaced by the OH-6 Cayuse in 1966.
The Bell 47 was ordered by the British Army as the Sioux to meet specification H.240, with licensed production by Westland Helicopters. In order to comply with the terms of its licence agreement with Sikorsky Aircraft, which prevented it building a U.S. competitor’s aircraft, Westland licensed the Model 47 from Agusta, who had purchased a license from Bell.[4] the first contract was for 200 helicopters. The first 50 helicopters of the contract were built by Agusta at Gallarate in Italy followed by 150 built by Westland at Yeovil. The first Westland Sioux made its maiden flight on 9 March 1965

The Sioux is a three-seat observation and basic training helicopter. In 1953 the Bell 47G design was introduced. It can be recognized by the full “soap bubble” canopy (as its designer Arthur M. Young termed it),[6] exposed welded-tube tail boom, saddle fuel tanks and skid landing gear. In its UH-13J version, based on the Bell 47J, it had a metal-clad tail boom and fuselage and an enclosed cockpit and cabin.
The H-13 and its military variants were often equipped with medical evacuation panniers, one to each skid, with an acrylic glass shield to protect the patient from wind.
A single 260 hp Lycoming VO-435 piston engine was fitted to the 47G variant. Fuel was fed from two high-mounted external tanks. A single two-bladed rotor with short inertial stabilising minor blades was used on the Sioux.