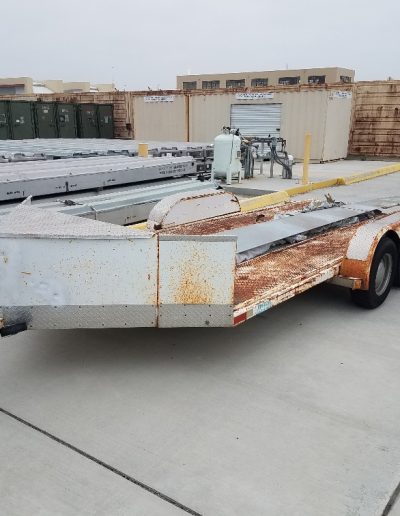 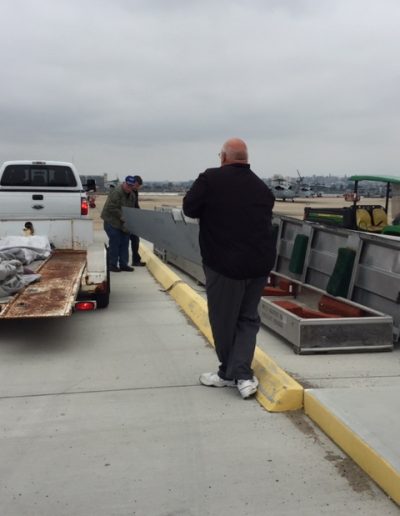 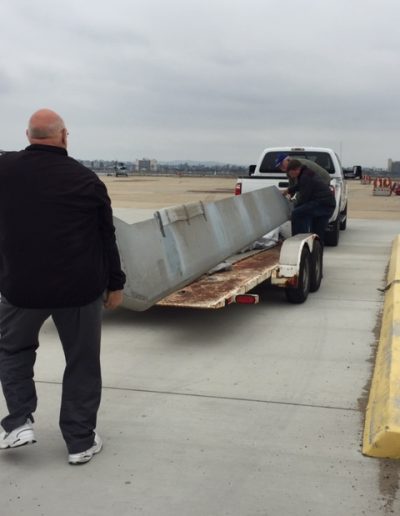 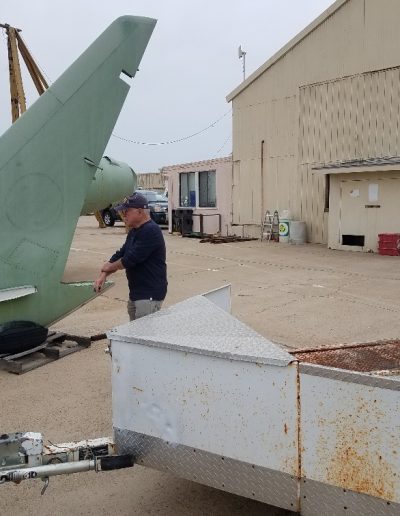 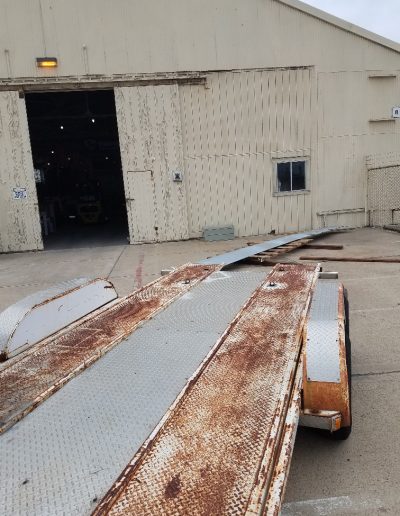 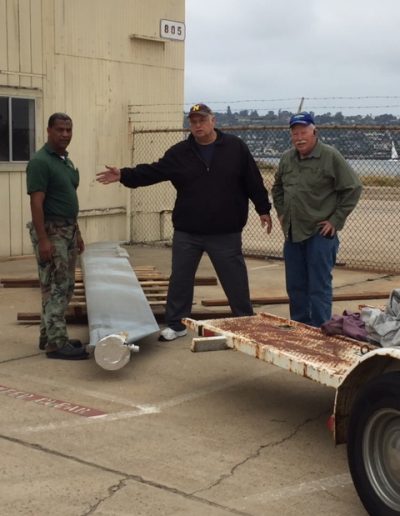 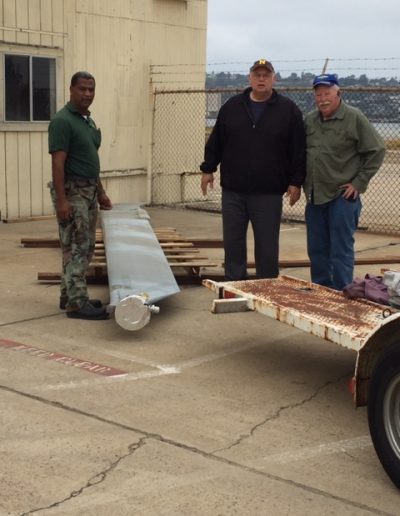 CAPT Bill Personius, USN (Ret) and I on Friday May 31, 2019, picked up this surplus H-60 Main Rotor Blade out on
the flight line at the Double Dome hangars at North Island late this
morning. I felt a bit self conscious driving my white Ford pickup with a
car trailer following the taxi lines on our old flight line to the blade
can. We then hauled it to the USS Midway Hangar Bldg 805 next to the fuel
farm at North Island. It was just a bit heavier than I expected considering
Bill felt two of us could lift and carry the blade. I have to say the root
end of it is pretty heavy. Lucky we only had to move it about 12 ft from the
blade can onto my car trailer. We managed it okay with CDR Joe Skrzypek, USN (Ret.) helping
along with one of the two fellas from HSCWINGPAC which lead us to the
location where the blade was stored in a blade can. The blade stuck out 5 ft
behind the car trailer which was not too bad since we only had to move it
about a half mile. Joe Skrzypek followed Bill and I in the truck and trailer
with his car so no one would run into the blade….Blade is 23ft plus in
length.
The USS Midway Restoration/Machine Shop is going to chop the blade…cut it
in half so that it can be moved over to the ship, walked into the RR#2 and
then eventually installed in the overhead of the helicopter display space
next to RR#2. Originally it was planned for the bulkhead in Ready 2 but it
has now changed in favor of the overhead in the adjacent space.
Bill got the call yesterday that after more than a year of NHA/NHAHS sitting
on this “Struck” blade next to the old HS-10 Hangar, the Midway was ready
for it in their machine shop.
It is always fun in the NHA office…..CDR Mike Brattland, USN (Ret.)