I was the duty HH-3F Co-pilot on the night of 24 February 1975 at Coast Guard Air Station Cod, Massachusetts. As the citation states, my crew and I launched after midnight to medevac an extremely ill crewman aboard the 350’ East German factory trawler BERNARD KELLERMAN, located 60 miles southeast of Cape Cod. A heavy fog bank lay over the cape all the way to the scene. We flew in route in IFR conditions at 1,500 feet, acquired the vessel on radar and our Avionics man plotted the position on LORAN-A. We descended to 300 feet and commenced a Precision Approach to a Coupled Hover (PATCH). The approach is a teardrop letdown, culminating in a manually-controlled instrument hover at 40 feet. At that point, the Aircraft Commander asked me if I was visual. I was not; I could only see blackness and an occasional wave crest out of my chin bubble. The AC directed me to couple the AFCS to the Doppler, which stabilized our altitude and neutralized the drift. He then directed me to “crank down” our altitude to 20 feet (minimum safe) on the potentiometer. I told him I had very limited visual reference. We could not use the flood/hover lights due to refraction in the fog. I turned on the nose light and pointed it down about 45 degrees toward my side so the AC could manage some limited visual reference with the sea surface. He utilized the speed potentiometer to increase our forward speed to 10 knots to close on the vessel. We soon observed phosphorescence which revealed the ship’s wake.  Shortly a massive dim object appeared dead ahead. It was the gantry over the ship’s trawl deck. The AC hovered alongside the gantry as we attempted to find a clear area to lower the litter, but the rigging was cluttered with suspended wire rope used for hauling the trawl net. I called the ship’s captain on VHF-FM and asked in German if he could clear a path for the litter. He responded in the affirmative. A few minutes later, we observed a crewman climbing up the gantry with an oxy-acetylene torch, with which he cut away several halyards. Although this nearly blinded the AC, the Flight Mechanic was able to plumb the deck with the litter and we safely hoisted the patient.  We cleared the ship and executed an instrument takeoff and returned to Otis ANGB (our home) and executed a GCA to minimums of 100’ ceiling and ¼ mile visibility. The patient was transported by waiting ambulance to Hyannis

USCG Air Medal (Gold Star in lieu of a Second)

I was the duty HH-3F Aircraft Commander at CGAS Kodiak, Alaska on the afternoon of 14 October when we were notified of a 35’ disabled sailing vessel, the WIND DANCE, adrift in heavy seas 20 miles south of Cape Clear in the Gulf of Alaska, near the entrance to Resurrection Bay. We flew upwind to scene against a 70-knot gale with low visibility and moderate turbulence. When we got to scene, we saw that the sailboat was laying beam-on to 25-foot seas with a ripped and partially deployed main sail. There were two persons aboard the boat, a husband and wife. The woman had been injured in the lower back during their three-day journey from Seattle. We briefed a high-wind delivery of the rescue basket, using a messenger line tied to our Danforth anchor to keep the basket from being carried away by the wind. I was required to maintain a no-reference hover upwind while the basket was lowered. The boat lurched up and down and the mast swung wildly, entangling the hoist cable. We were tempted to shear, but the Flight Mechanic conned me around the mast until the basket and cable were free. Upon recovery, the Flight Mechanic observed the hoist cable frayed and unusable. We decided to go to nearby Seward, refuel and await the delivery of a “Chicago Splice” to repair the hoist cable. Our escort HC-130 retrieved the Chicago splice from Kodiak and brought it to Seward, where we cut off the original hoist hook and attached the splice and replacement hook. We returned to WIND DANCE and decided this time to recover the victims with the military rescue sling. It could be lowered easily to the boat by trail line. We briefed the husband on how to attach and secure the sling and safety strap to his wife. My Commanding Officer in Kodiak overheard us brief WIND DANCE on the VHF-FM marine band and voiced his objection because the sling was supposed to be used only to hoist military aviators. We feigned radio failure because the boat was in danger of going aground on the rocky shoreline and time was of the essence. We hoisted both people from the fantail one at a time and headed for Seward, where they were treated for severe hypothermia and survived. 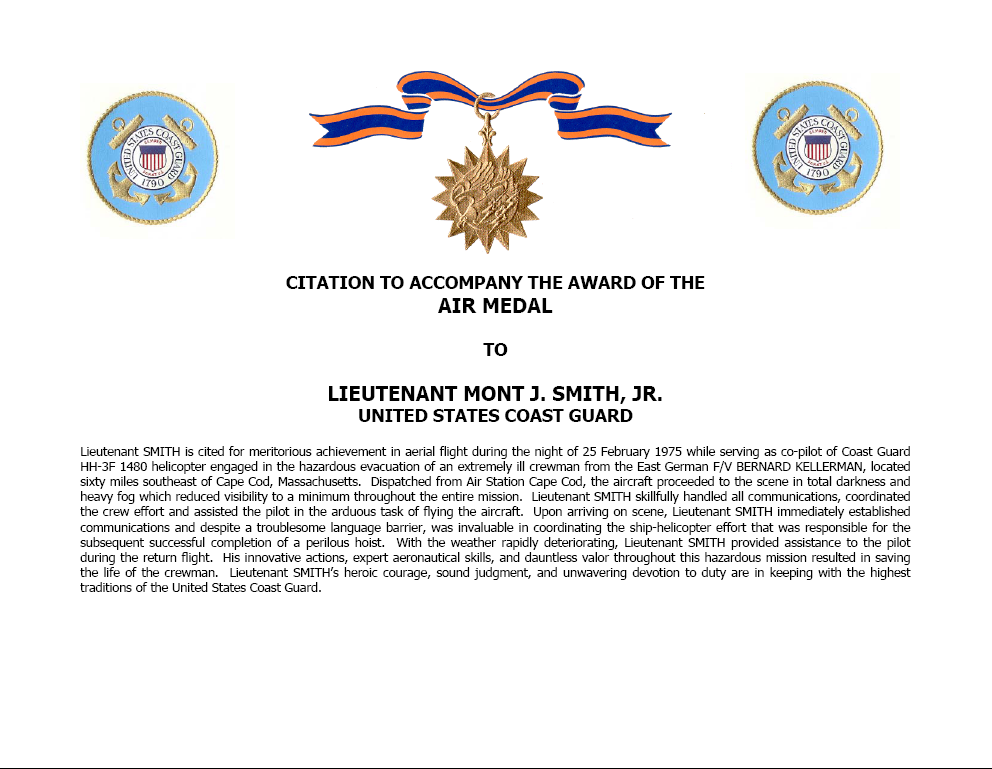 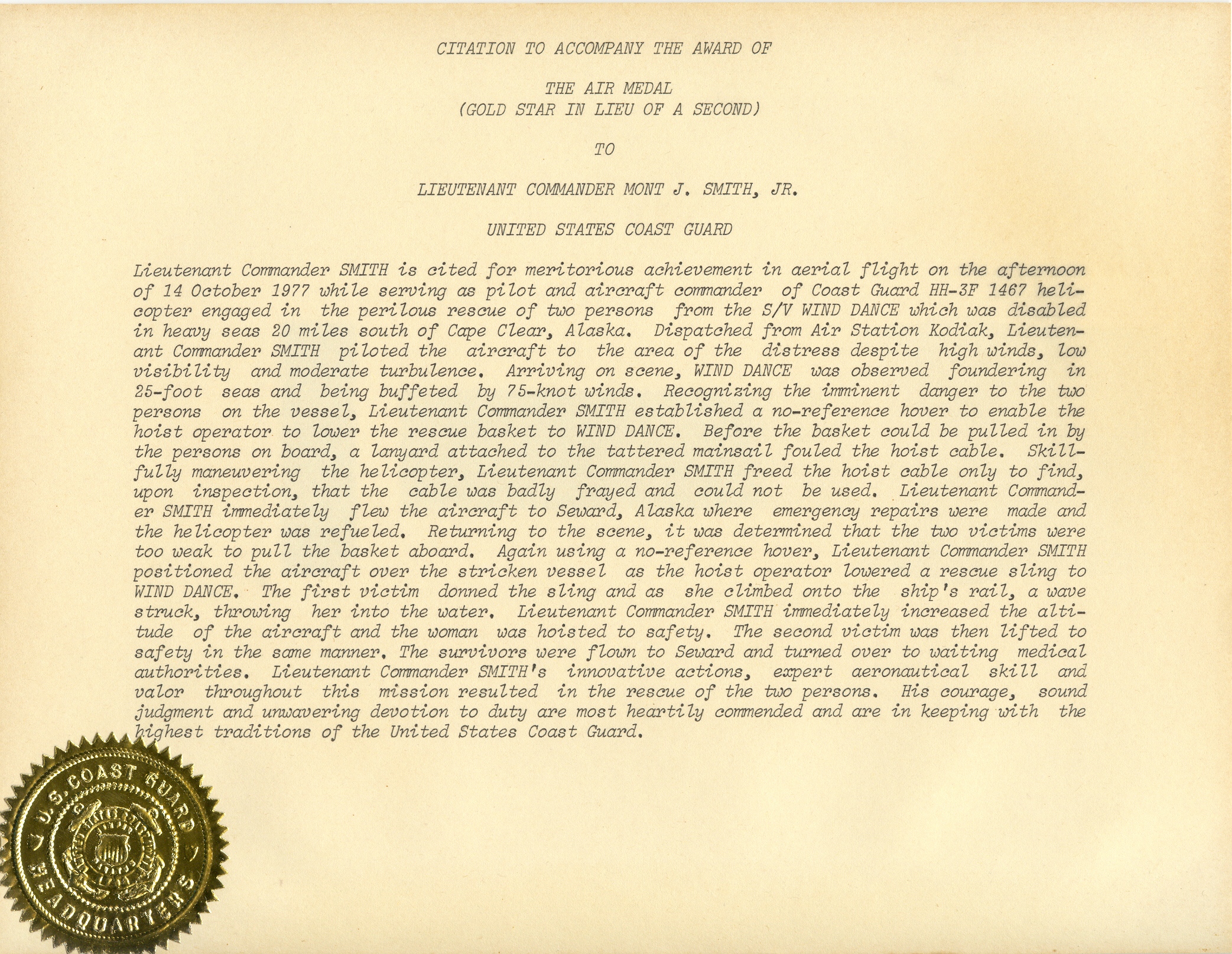 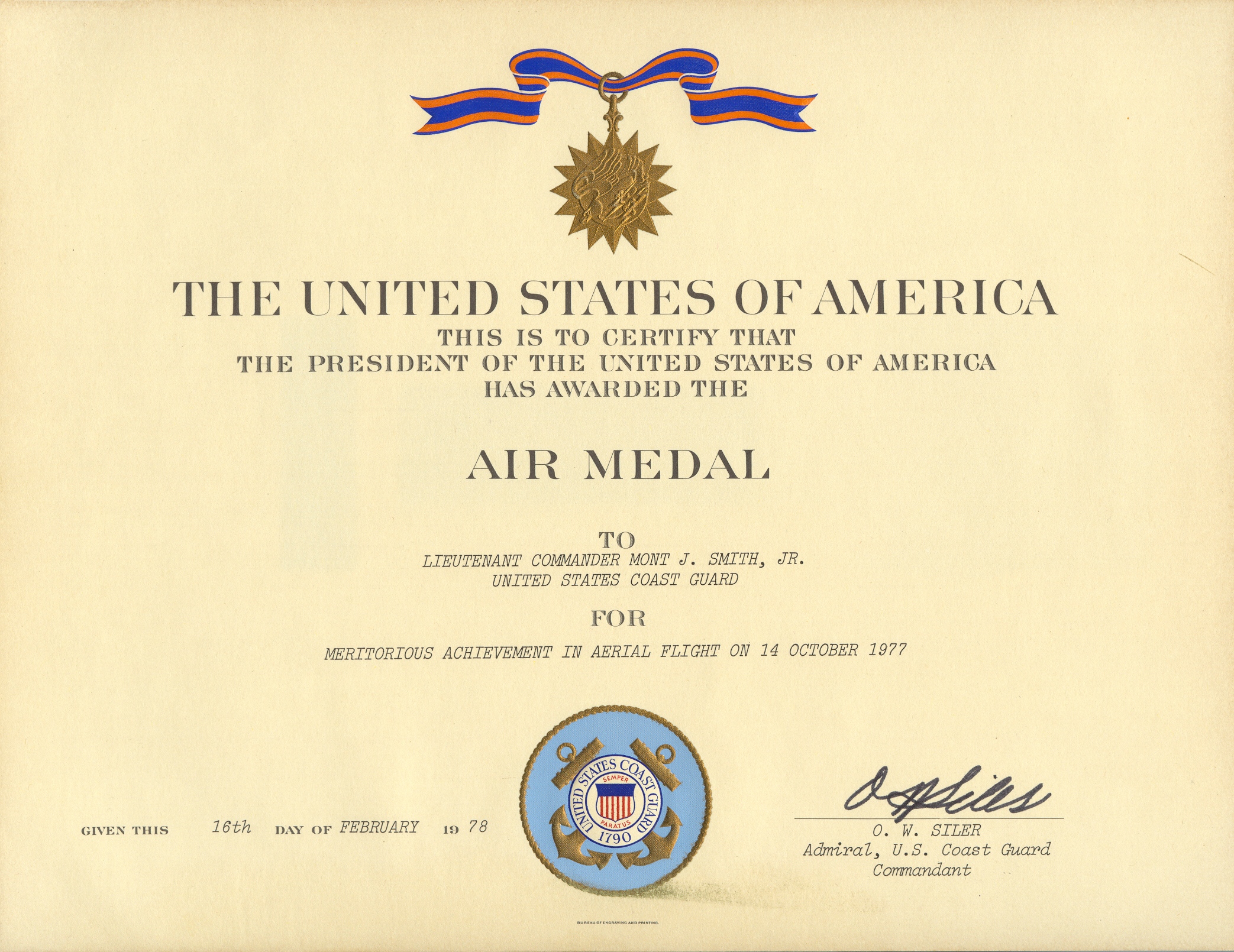