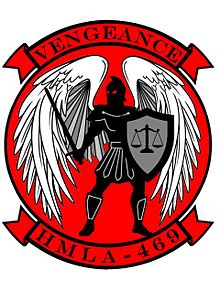 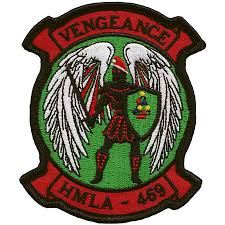 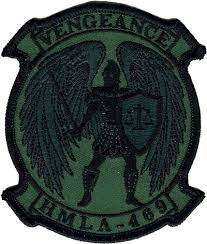 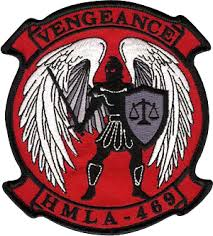 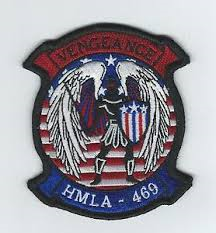 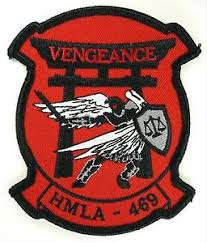 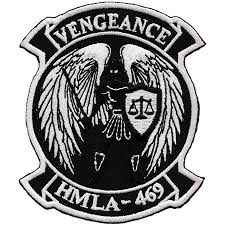 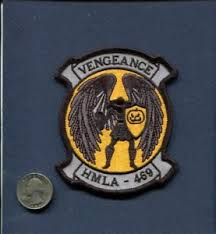 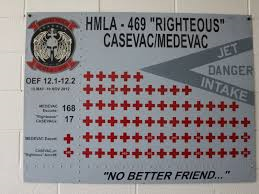 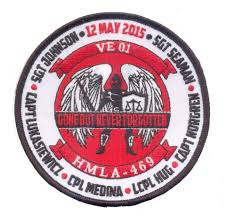 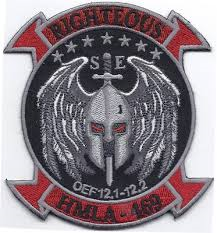 In January 2007, President Bush announced an initiative to “Grow the Force” in order to reduce stress on deployable personnel and enhance military capabilities necessary for success in the Global War on Terrorism. To facilitate these goals, the Commandant of the Marine Corps directed a USMC end strength increase to 202,000 personnel, as well as the creation of several new combat units by 2011, including three additional Marine Light Attack Helicopter Squadrons (HMLAs). To meet these requirements, the 2007 Marine Aviation Plan, released in June of that year, laid down the initial time line for the creation of HMLA-469 as the second of these new squadrons, identified as the Marine Corps’ eighth active duty HMLA and the fifth assigned to the 3d Marine Aircraft Wing (3D MAW) and Marine Forces Pacific. This document listed HMLA-469 by name as an Aviation Structure Increase which was slated to receive its first aircraft and activate during the third quarter of Fiscal Year 2009. The creation of HMLA-469 will provide the Marine Corps with added offensive air support, utility support, armed escort and airborne supporting arms coordination during expeditionary, joint, or combined operations. Thus, the blueprint was established for HMLA-469 and only awaited the arrival of the unit’s first Marines to lay the squadron’s foundation.
In August 2008, LtCol Christopher D. Patton was selected by the Marine Corps Command Screening board to be the first Commanding Officer of HMLA-469. After the January 2009 arrival of LtCol Patton to Camp Pendleton, the squadron cadre was established on 5 February 2009 and occupied Building 23144/Hangar 2 aboard Marine Corps Air Station (MCAS), Camp Pendleton, CA. Initial cadre staffing included the Commanding Officer, Executive Officer, Operations Officer, Maintenance Officer, and Maintenance Chief, as well as two additional Staff Noncommissioned Officers, four Noncommissioned Officers, and a handful of Marines. The HMLA-469 patch design and call sign were approved by 3D MAW on 16 April 2009, followed a week later by approval for the use of aircraft tail letters “SE,” signifying September Eleventh, by the Navy Historical Division. On 7 May 2009, HMLA-469 completed the Marine Aviation Logistics Squadron 39 Maintenance Assist Visit, clearing the way forward for the squadron’s acceptance of aircraft. From 15-19 June, HMLA-469 received its first six aircraft from HMLA/T-303 and HMLA-367 in the form of 3 UH-IN Huey Helicopters and 3 AH-1W Super Cobra Helicopters. The following week, from 22-26 June, the HMLA-469 maintenance department underwent the scrutiny of the 3D MAW Aviation Logistics Division ALMAT “Safe For Flight” Inspection. With the squadron declared safe for flight all requirements for the activation of the unit had been met and on Tuesday, 30 June 2009, HMLA-469 was officially born through LtCol Patton’s signing of the assumption of command letter and the release of a squadron activation message. HMLA-469’s activation was formalized the next day with an activation ceremony and parade conducted on the MCAS Camp Pendleton flightline in front of Hangar 2. With 140 Marines on deck, and the ability to maintain and fly its six assigned aircraft, HMLA-469 has now achieved its Initial Operational Capability and can begin the task of training for combat. The Squadron will achieve its Full Operational Capability and become a deployable unit in September 2010, by which time it will be staffed to over 350 Marines and equipped with approximately 14 AH-1W and 9 UH-1N helicopters.
True to the necessity for the creation of the squadron, the unit’s insignia and call sign are inspired by a 29 September 2001 quotation from President George W. Bush summing up the nation’s sentiments in the wake of the September 11 attacks: “Tonight, we are a country awakened to danger and called to defend freedom. Our grief has turned to anger and anger to resolution. Whether we bring our enemies to justice or justice to our enemies, justice will be done.” In the spirit of these words, the HMLA-469 call sign is “Vengeance”, which is defined as “punishment inflicted in retaliation for an injury or offense; retribution with great force or vehemence.” The Squadron patch is Scarlet and Black with a winged warrior holding a sword and shield. The warrior signifies the Marine Corps as an institution, dedicated to the defense of freedom and the protection of those unable to defend themselves in the face of tyranny. His wings represent the unit’s identity as a Light Attack Helicopter Squadron. The sword signifies that the squadron is an instrument of destruction for the enemies of the United States and the shield with its scales of justice indicates the squadron’s readiness to repulse attack and deliver a measured, just, and victorious response.