Who Will Be the Producer?

Robert Child, a director, and published author will be the producer of No Warrior Left Behind – The Untold Story of HC-7. His work has earned him more than 26 writing and directing awards including an Emmy® nomination. He is one of only a handful of writer-directors whose work has screened in the United States Congress.

In 2011, the survivor’s association of the WWII aircraft carrier, USS Franklin, singled Child out for Honorary Crew Membership aboard the most decorated vessel in U.S. Naval history. USS Franklin Museum Association President, H. Prentice Baptiste, wrote, “We wish to extend to you a membership as a full-fledged crew member of the USS Franklin for your work in setting the record straight of the heroic effort in saving one of the great ships of the US Navy in World War II and your name will be permanently inscribed on the official crew roster.”

Child’s documentary work has consistently been singled out and honored as among the best of the best. His films have aired on PBS, The Military Channel, American Heroes Channel, National Geographic Television, Armed Forces Network, and many international television networks. The following is a list Child’s productions and the year it was released: 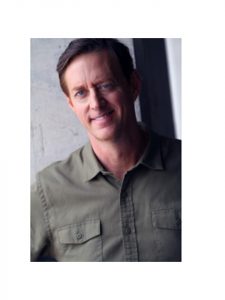 Gettysburg: The Final Measure of Devotion (2013)

Lincoln and Lee at Antietam the Cost of Freedom (2006)