In November 1967 the US Coast Guard procured the first of the HH-3F Pelican Helicopters. This twin turbine, medium range, amphibious, all weather helicopter extended the Coast Guard offshore search and rescue capabilities. The HH-3F had a maximum speed of 142 knots with a normal cruise speed of 130 knots and a range of 650 NM. The Coast Guard purchased 40 HH-3F’s. The last one was delivered in 1973.

The HH-3F was manufactured by Sikorsky Aircraft, Division of United Aircraft Corporation, Stratford, Connecticut. The HH-3F was equipped with a single main rotor, twin engines rated at 1500 SHP each, a fully retractable tricycle landing gear, amphibious capabilities, and a hydraulically operated aft ramp that could be opened in flight, on the ground, or on water. The HH-3F was additionally well suited for marine environmental protection, logistic and reconnaissance support, enforcement of laws and treaties, defense readiness and drug interdiction.

Two electronics racks were located in the cabin, one immediately aft of the copilot and one in the aft portion of the cabin. A folding type navigator’s table was mounted on the electronics rack aft of the copilot and forward of the left crewman’s seat. Structural provisions existed for 14 additional passenger seats and 15 USAF pole type litters. The cabin was 6’6” wide, 6’ height, and 26’2 ½ “long. The cabin was equipped with tie-down rings for transportation of cargo. A 600-pound capacity hydraulic rescue hoist with approximately 240 feet of useable cable was suspended on a fixed truss over the cargo door.

During 1989 the US Coast Guard acquired five HH-3E helicopters from the US Air Force to supplement the HH-3F fleet and converted them to the Coast Guard HH-3F configuration.

The following U.S. Coast Guard Air Stations that operates the HH-3F Pelicans are:

The following are photos of the HH-3F Pelican helicopter: 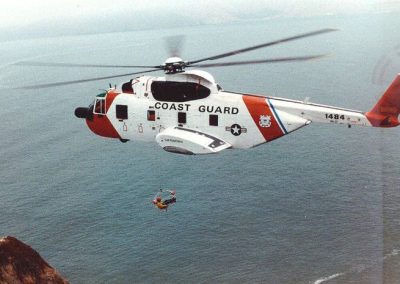 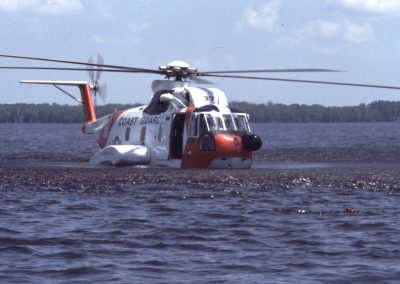 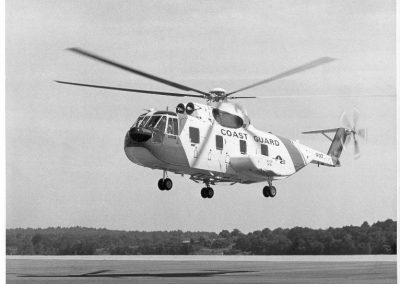 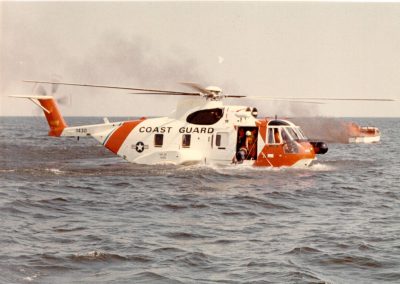 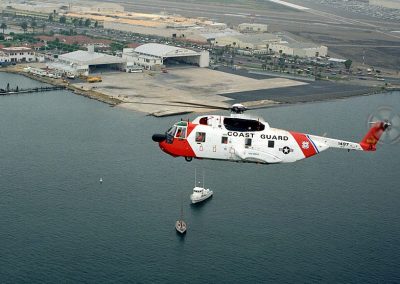 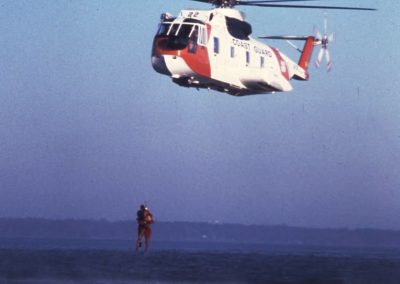 Photos were taken by the following photographers: CGAA